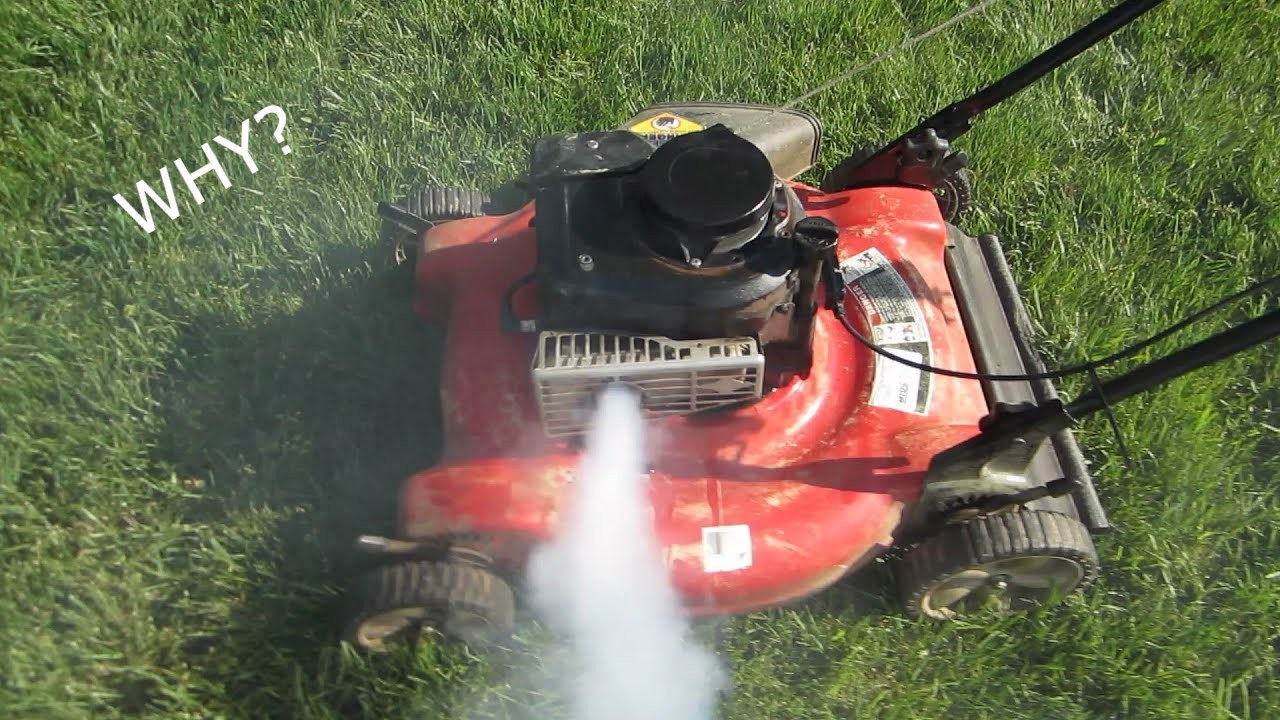 Typically, “Mower Engine Blow” is an umbrella term that may have various meanings. While many people use the term for not working engines, others employ it when they don’t know how to fix low compression on a lawnmower.

Regardless of how you use the phrase, mower engine blow is all about a “catastrophic failure” of the machine.

Whether big or small single-cylinder engine, there can be plenty of things that go wrong with the engine of your lawnmower.

Sometimes it is about the basic “rotating assembly” that has noticeable compression. Many people consider it a catastrophic failure which isn’t true. Recent models of lawnmowers come with a blade brake that stops blade rotation when its operator releases control. All you need is to disengage the brakes to rotate or move the crankshaft.

However, if you often experience “mower engine blow”, don’t fret as we have you covered here with everything you need to know.

Mower Engine Blow – What are the Signs

Usually, when a lawnmower starts to blow gray or white smoke, it is a common sign that something is wrong with the engine. Though many problems may cause this issue, you need to look for other signs that may include;

Bluish exhaust smoke- dark or light blue smoke starts billowing from the tailpipe. It is the major sign that you have had an engine blow up.

What does Cause Mower Engine blow?

Take e look at these reasons that may cause the engine of your lawnmower to blow up.

Dust in the Air Filter

Mostly, the air filter of your lawnmower catches dirt that (when not cleaned or removed) easily finds its way into the engine via a carburetor. The dirt doesn’t only accumulate in the filter but also keeps oxygen and fuel from reaching the mower’s engine. Note that without sufficient oxygen for combustion, the mower’s e engine coughs, rattles, and sputters.

However, the problem may worsen the condition if you ignore cleaning or replacing the air filter of your lawnmower. You may need to clean the air filter at least once a year, depending on the model you have.

Also, take the recommendations of the mower’s manufacture regarding cleaning it in the dusty condition. It matters a lot if you use your lawnmower to mulch birch or dry leaves.

Did you know that the girt or dust in the dirty engine oil of mower grinds on all moving parts?

It significantly shortens the lifespan of your engine. When your lawnmower doesn’t get sufficient engine oil, it may burn out completely. The manufacturers recommend an oil change every three months of mower use to avoid its wear down.

Dirt and grass clippings collecting on the mower are the major reason for blocked air intake screens and cooling fins. It makes the engine overheat. Plus, dry grass clippings and moist debris trigger rust and corrosion in the engine.

That is to say, you must not forget to remove the grass the clippings after mowing the lawn to prevent corrosion and blockage in the fins.

Gasoline in the mower’s engine over the winter accumulates moisture unless you treat it with a fuel stabilizer. The gasoline that contains ethanol can cause more damage

if it sits in the engine for months the water in it prevents the lawnmower engine from working and can blow up.

An imbalanced blade that you sharpen unevenly can make a lawnmower shake. A bent blade can do the same if you leave it blunt. A loose blade, on the other hand, could off the mower and hit someone. It happens when you overlook the vibrations in the mower’s engine.

The vibration sound from the engine is the signal that the blade is in bad condition and may blow up. Eventually, the shaking can damage the crankshaft of the lawnmower.

Remember, if you see your lawnmower blowing white smoke when you start it, switch it off immediately. Try to figure out the issue. However, white smoke doesn’t always mean that your lawnmower will blow or is broken. You need to seek an expert’s advice or get it checked.

Scotts Turf Builder Grass Seed for Bermudagrass is Built to Stand up to Scorching Heat and Drought, 10 lbs.
Check Price & Reviews
SaleBestseller No. 3